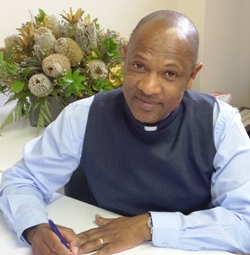 The Revd. Selwyn Engelbrecht was born on 29 October 1967. He is married to Beverley and together they have three sons, Jesse, Joshua and Joel.
Selwyn was made Deacon and later Ordained Priest in December 1997 at St Georges Cathedral. He served in the Parishes of St Saviours, Claremont and the parish of Christ the Mediator, Portland, Mitchell’s Plain. In November 2000 he became the Rector of the Parish of Hopefield (including All Saints, Hopefield, St Augustine, Mooreesburg, St James, Langebaan and St Peter, Churchaven). In February 2007 he was appointed Rector of Parish of Northpine, Church of St Andrew.

On the 5th of July 2015, Selwyn was instituted as Rector of St Oswald’s, Milnerton. Selwyn holds a post-graduate qualification in Theology and has a passion for issues of social transformation. 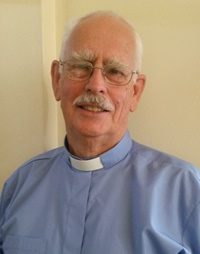 Ernest is a  retired Executive of the Standard Bank Group.     His qualifications include an F.C.M.A., BComm F.I.B., and Theology through T.E.E.C.After joining St Oswald’s in January 1972, he served as a lay minister from 1976, was a church warden for 15 years and a parish counselor for many years.Ernest Ward- Cox was ordained to the Diaconate on 30 August 2014 at St Nicholas, Matroosfontein. He was ordained at St Johns, Bellville South on 27 June 2015 and is licensed as an assistant priest at St Oswald’s Parish. He is also the Bishop’s Vicar at St Clement’s Vondeling. 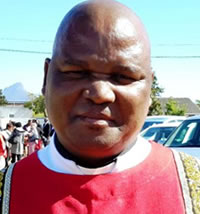 Thozamile has graduated from the PLATE Course and would like to study further towards his B.TH degree.

He has been happily married to his dear wife Nombulelo for 17 years, and they are blessed with children. They reside in Joe Slovo Park. 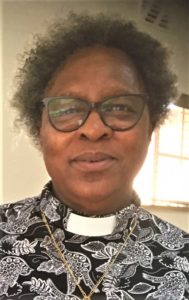 Rev Tembeka was first a social worker in the Transkei Government, and then an academic at  various universities. This included a position as Visiting Professor at the School of Advanced International Studies at John Hopkins University in the USA. She has authored numerous books, papers and articles and although finally retired as the Director of Research at CPUT here in Cape Town, continues to contribute to research development. In retirement she was ordained by Bishop Raphael in June 2019.

send us a message